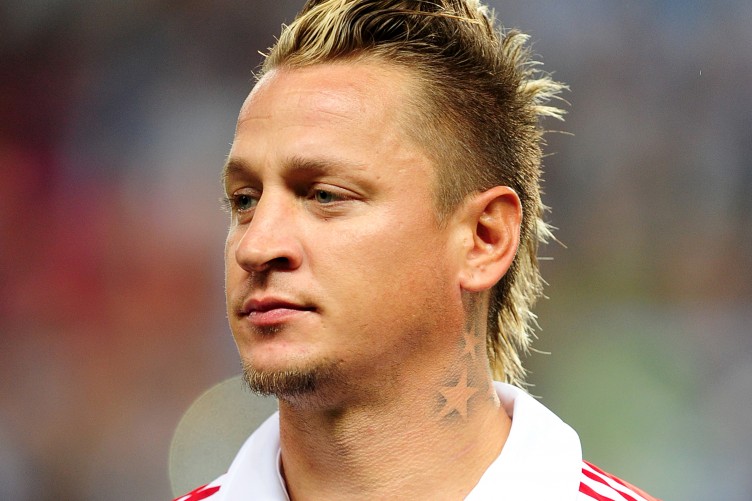 In his own eyes, Phileppe Mexes has it all. Outrageous footballing talent, warrior-like aggression, great hair—all the things needed to make him the most gifted French centre half since Marcel Desailly.

And until fairly recently there would be many who have agreed with him (hair aside—most are not as big fans of the greasy-blond-rat look as the Frenchman). A player who could combine superb technique with the ability to shut down strikers like no other, Mexes was once one of the most coveted young defenders on the planet.

However with an ego as large as his temper is short, ill-discipline and a complete lack of professionalism has brought his career to a standstill.

Now serving yet another four-game suspension at struggling AC Milan, the Frenchman cuts a bloated and almost broken figure; permanently red faced due to either a blind rage or an inability to keep up with his man. Despite being the Rossoneri’s highest paid player and most experienced centre-back, there are whispers coming out of the club that the player may be released early from his contract, a poignant statement of how Mexes’s personality has completely negated from his vast ability.

Unlike other footballers who’s careers have had similar fates, it is near impossible to feel any sympathy towards Mexes, as every one of his indiscretions smacks of someone completely undeserving of their remarkable talent. He is, in essence, football’s equivalent to Eastbound and Down’s Kenny Powers.

For the uninitiated, Eastbound and Down is HBO’s recently ended sports comedy, co-created by Will Ferrell and Danny McBride. The show chronicles the attempted comeback of Kenny Powers, an immensely talented and once dominant baseball pitcher who, due to a ridiculous lack of professionalism and sense of self –entitlement, has been forced out of the game because no team will touch him with a bargepole. 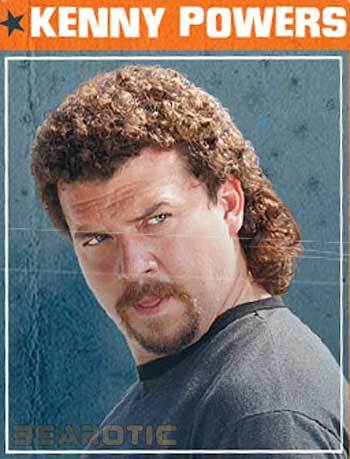 Powers is vain, egotistical to the point of sociopathy and, above all, is disgustingly aware of his own talent. The similarities to Mexes are huge. In fact, Mexes’s unavailability for a Champions league tie due to an eye injury sustained by overuse of sunbeds could have actually been pulled straight from episode of Eastbound—a running joke in the show is Powers’s forever growing sunglasses tan line.

Admittedly, the sporting “mad genius” is a bit of a stock character, and it could be argued that there are many examples of Kenny Powers in all sports. However, the similarities between Powers and Mexes are truly striking.

First of all, Kenny Powers is the embodiment of the negative American stereotype. He is loud, self-important and truly believes that he benefits all of those with whom he encounters. Mexes, in the same vein, cuts a caricature of the Latin-European man: slimy, overly-coiffured, and (like everyone who has had the misfortune of having to introduce their French Exchange to a female sibling) is inexplicably fawned upon. Despite being the weak link of a mid-table AC Milan side for over a season and seemingly unable to control his waistline (another trait he shares with the Eastbound star) he still manages to divide opinion amongst Milan fans. His supporters, however, are unsurprisingly dwindling in number.

Mexes’s playing style also seems to mirror Kenny Powers’s attitude towards his craft, as is epitomized in his deplorable (but sadly somewhat truthful) claim that: ‘fundamentals are a crutch for the talentless’. Indeed, Mexes’s talent is startling, anyone who has seen his bicycle-kick lobbed goal against Anderlecht will tell you that. However, all too often he will try to defend spectacularly, rather than simply and effectively, resulting in a high level of mistakes caused by the conceited belief that his talent alone will see him through every situation.

That is not to say that Mexes’s talent has not brought him success. Much like how Powers was once a dominant player in the MLB, so was Mexes once a darling of European football. Indeed, he was instrumental in delivering his first professional club Auxerre to two of their most successful seasons (2001-2003) where they played in the Champions League proper and won the Coup De France. The defender’s personal success at the club was so great that he was named in their all time best 11, despite leaving the club at 23.

The nature of the centre-back’s transfer from the club he was at since 11 years old to AS Roma, however, was indicative of his relentless and eventually self-destructive ego.

In the arrogant belief that his own career progression was more important that contractual law, Mexes walked out of his existing contract with the Ligue 1 side and signed a with Roma in 2004, despite receiving no permission to do so from his current club. Though a fee was eventually agreed through the Court of Arbitration, Auxerre never truly recovered from Mexes’s unauthorized departure and currently sit in mid-table in Ligue 2.

Though such a despicably turncoat act would have made Kenny Powers proud, the biggest parallel to be drawn between these two characters are their insatiable appetites for violence.

Throughout Eastbound, Powers has several violent encounters with other pros, including knocking out the eyeball of long time rival Reg Mackworthy in a particularly gruesome scene. Though Mexes has never achieved that level of gore, he does have a number of punches to his name, including to one time bite victim Giorgio Chiellini.

Out of the staggering 43 games he has missed through suspension in his career, about a third have been due to violent conduct. Simply put, the man loves a scrap—seemingly more than actually playing football.

And herein lies the tragic nature of Phileppe Mexes. Much like how throughout Eastbound, it is implied that Kenny Powers’s return to the MLB is fuelled by his violent behaviour being marketable, rather than his on field talent, it seems that Mexes is becoming little more than a footballing shock-jock.

Though he will surely find a club after AC Milan (who will certainly not renew his contract) and avoid the actual fate of Kenny Powers, Phileppe Mexes will now always be remembered for his unhinged character rather than his truly remarkable footballing ability.